Before we can test the AppStack, we need to assign it first. AppStacks can be assigned to all kind of active directory objects like Users, Groups, Computers and OU’s, and you have the possibility to attach the AppStack at next login or reboot or immediately. Because App Volumes provides just-in-time application delivery you can literally publish hundreds of application on the user’s desktop in just a few seconds!

In the next steps I’m going to assign an AppStack immediately to the desktop and show you the integration with the local system. (Note: If you choose immediately, make sure the user is logged into the desktop)

How to: Assign an AppStack

If you followed all steps you should now have an AppStack with working application(s). In the next chapter I will show you how to unassign an AppStack.

Hi, my name is Age Roskam, and I work as a Consultant at ITQ. Over the last 5 years, I’ve gained a lot of knowledge and experience with the VMware EUC portfolio, especially VMware App Volumes & DEM.

Since 2020, I’ve started to shift a bit more towards VMware Workspace ONE and VMware Carbon Black.

Since 2018 I’ve been awarded the VMware vExpert status and in 2020 I received the honor to be part of the first vExpert EUC program. 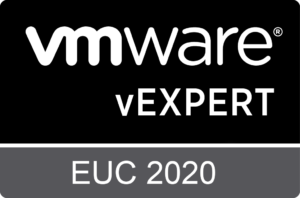