Version 2006? Yes, starting with this release, App Volumes 4 is now versioned using the YYMM format to align with Horizon and Microsoft Windows. Will the previous X.Y.Z semantic version be gone then? No, version 2006 will also be known as version 4.1.0. as you install the App Volumes Manager and Agent.

So, that was the first item we could tick off the release notes. Let’s take a look at the other improvements.

I think this is a ‘nice to have’ feature. Saves you some time when adding/removing assignments and the dialog box will always show you what you are about to do.

Assignment Filters: Limit Delivery to Specific Computers
The option to assign packages to specific computers based on a prefix is back.

This is good, as I know a couple of customers who use this functionality with App Volumes 2.18. They limit the delivery of AppStacks and Writable Volumes to a computer objects with a specific prefix. Let’s hope VMware will also bring back the Multi OS assignment feature in App Volumes 4.

This is really cool! As far as I know, there is no management interface to MSIX app attach, so doing this trough the App Volumes Manager is awesome! Although Microsoft’s MSIX app attach package format is currently in public preview and available for evaluation only on Microsoft Windows 2004. I’ll definitely will take a look at it in my Lab environment and do some testing.

LDAP Support for Channel Binding
In response to the changes made by Microsoft regarding LDAP Channel Binding and Signing, the App Volumes Manager and Agent have been updated to support it.

Performance Improvements
With the changes made in the underlying technology of App Volumes 4. This release brings us even more performance improvements to speed up user logins. I’m very interested what these changes are, but unfortunately VMware keeps it to themselves ;-).

Resolved and known Issues
There are a lot of resolved issues and a few known issues in this release, check the full release notes here

Conclusion
I’m pretty happy with the new release. A lot of issues are resolved with this release and there a just a few known issues left. Bringing back some useful 2.18 features to version 2006 is good, and I hope this enables company’s to upgrade from 2.18 to 4. I hope VMware will also return the Multi OS assignments, as I know this is also is a popular item.

In the next weeks I will dive into my lab environment to setup MSIX app attach and play around with the App Volumes Packaging Utility. I’ll keep you updated how things work out. 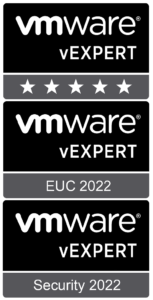